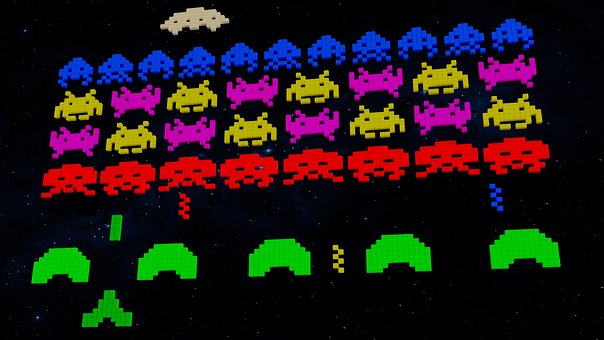 We’ll forget how a dodgy pint of lager curtailed my trip (I’ve only myself to blame) and crack on with attempting to answer the essential question – can a gaming dinosaur truly enjoy EGX? Anyone who knows me will tell you that the last”new” game I bought was Final Fantasy XIII and look how that went! Give me a PS1 and FFVII and you’ve got a 10/10 rating from me.

Therefore, if you are like me you are probably wondering if or not a gaming convention (warts and all) is worth going to. My trip was the brainchild of my lovely girlfriend who on wanting to bump up my birthday present (March if you’re wondering) Googled”retro gaming event”. Google being Google proceeded to load up the biggest gaming event of the year purely because it had a”Retro Gaming Keyboards”. I fought my natural instincts to flee and agreed to this union.

Six months down the line and our intimate trip to Birmingham was upon us. For those who haven’t been there believe me when I say it is rather a wonderful city to go to and has more restaurants than you can shake a selfie stick at. Anyway, I digress. After a relatively painless train journey we arrived at Birmingham International. The NEC is rather handily attached to the station. What is rather unhandy is that the cross Birmingham increase through the channel to get to it (I kid of course), but we arrived nevertheless.

“It will damage your eyes ” She used to say,”You’ll need glasses when you’re old!” She is right but I’d never remind her of it. I pondered the alternative, office-type squint-inducing fluorescent lighting and concluded the organisers knew best.

Right by the entrance are the indie games which I had to applaud. Tell a gamer the new COD or FF is lurking around somewhere and they’ll hunt it out, two hour queue and all, but they’re somewhat more reluctant to seek out those indie gems. The quality of the indie games on show was quite phenomenal and it will also reassuring to see that the retro gaming vibe remains strong (watch out for features on Conga Master and Modsork soon). It’s certainly given me something to aim for with my current job. Given it was a Saturday afternoon there was still ample room to move about and talk to the developers whilst using a gander at their wares. Indie-only events are most likely still a better bet for seeking them out but seeing as this was a small part of a enormous pie you can’t complain.

A ginormous banner for Final Fantasy XV brought me hurtling back to reality. We were in it now. The queues were long (apparently much shorter on a Thursday or Friday when the kids are at school) but I did manage to get a glimpse of said new COD, new Gears of War and also new FIFA and you know what? I barely felt a thing. I don’t know who to blame for my complete lack of attachment to current gen gaming. I could attribute Sony but then I’d have to dismiss my love for the PS1 and PS2. But I’ll choose to blame the part inside of me that refuses to commit to a video game and my perform these games need that (FIFA17 apart). The line between video games and movies is now distinctly blurred (this is exactly what you wanted Nintendo!) And I’m not sure I enjoy it. Give me three buttons and a spiky blue hedgehog and I am happy.

Which brings me nicely to the hallowed Retro Gaming Corner, a great deal bigger than I had imagined (a nice surprise). That is a slight exaggeration but my were there a lot of them and all with cathode ray tubes to boot. Perhaps it was the heat from all the CRTs, maybe it was the beginning of some sort of bug but I couldn’t stop sweating. But through the sweat my eyes can make out the many kinds of said blue hedgehog, manic miners, an under-fire from plenty of barrels plumber and all was well. What pleased me were the swarms of younger generation folk enjoying these gems. In a world in which you’ve more than six buttons to master, the two/three button universe must be a doddle. The games were also divided by genre – the light gun games in one area (still far superior than anything Kinect as to offer IMO), the”newer” rhythm games in another, platformers, shooters etc.. . There really was something for everybody. Would I like to have seen more of a fuss made from the retro gaming corner? Perhaps with a bit more interaction? Of course I would, but EGX is not about retro gaming, it is about previewing new things and being a step ahead of the game.

The all-day ticket is quite pricey (about #20) but the afternoon session from 2pm – 7pm was around half that. Would I recommend it to an avid gamer? Only if you’ve got a bit of an interest in current gen gaming as particular retro gaming events provide a whole lot more for less cash. I would also take a couple of days off work and go on a Thursday to beat those pesky queues. And steer clear of the beer.